You are using an outdated browser. Please upgrade your browser to improve your experience and security.
You have reached Britannica's public website. Click here for ad-free access to your Britannica School or Library account.
Ted Bundy
American serial killer
Media
Print
Thank you for your feedback

Our editors will review what you’ve submitted and determine whether to revise the article.

Bundy had a difficult childhood; he had a strained relationship with his stepfather, and his shyness made him a frequent target of bullying. Later, however, his intelligence and social skills enabled him to enjoy a successful college career, and he developed a series of apparently normal emotional relationships with women. Despite this apparent stability, he sexually assaulted and killed several young women in Washington, Oregon, Colorado, Utah, and Florida between 1974 and 1978. Although he would ultimately confess to 28 murders, some estimated that he was responsible for hundreds of deaths. Following a well-publicized trial, he was sentenced to death in 1979 for the murder of two college students. In the following year he again was sentenced to death, this time for the rape and murder of a 12-year-old girl. Bundy was executed in Florida’s electric chair in 1989.

Despite the appalling nature of his crimes, Bundy became something of a celebrity, particularly following his escape from custody in Colorado in 1977. During his trial his charm and intelligence drew significant public attention. His case inspired a series of popular novels and films devoted to serial murder. It also galvanized feminist criminologists, who contended that the popular media had transformed Bundy into a romantic figure.

History at your fingertips
Thank you for subscribing!
Be on the lookout for your Britannica newsletter to get trusted stories delivered right to your inbox. 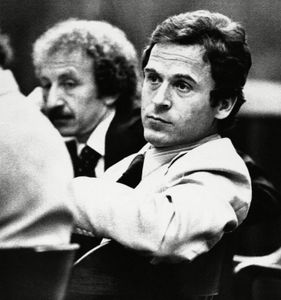 Your preference has been recorded
Our best content from the original Encyclopaedia Britannica available now!